As you can see on the letterhead, the only initial clue I had about this hotel was that it was located opposite the “New Union Station” in Springfield.  The New Union Station, was opened up in 1926 and still is open as a train station.  I thought that would be easier enough to track it down as it seemed to have a prime location for travelers.  However, after googling information, reaching out to a Springfield Historical Group to have the email bounce back, going through the Lost New England blog and reaching out to another group on Facebook (and hearing nothing), I was heading to Springfield with this one and only clue.

I followed Tour 4 – From Boston to the New York State Line, 144.3 miles on US 20.  In the Massachusetts Guide Book, the description of Route 20 is as follows: “the road is hard-surfaced throughout, but narrow and in poor condition in some of the rural sections, open at all seasons.” Sage and I pulled out of the garage at 6:11 a.m. on a muggy Sunday morning. I picked up Route 20 in Northborough, which is mile 31.7 miles of section A of this tour, which goes to the intersection with State 9.  After intersecting with State 9, this is section B of Tour 4.  From this junction to Springfield is 57.3 miles. This route goes on the outside of Worcester, through Charlton, Sturbridge, Brimfield, Palmer, North Wilbraham, before heading into Springfield.  US 20 will go into downtown Springfield.  The road through Worcester, Milbury and Charlton was rough in spots.  It was a two-lane each direction road until I hit Brimfield, where it narrowed down into one land each direction.  There were foggy sections on my Sunday ride, on the higher elevation areas, and I hoped it would burn off for when I entered the higher parts of the journey later on.  In Brimfield, I could see evidence of where the tornado hit several years back.  Palmer had a cute little downtown area, and around 8:00 a.m., my GPS instructed me to leave Route 20 to head for the Union Station area.  I passed through a lot of industrial areas during this ride and soon, the station was right in front of me.  Across from it sat parking lots and more industrial buildings, but not one sign of an old hotel. 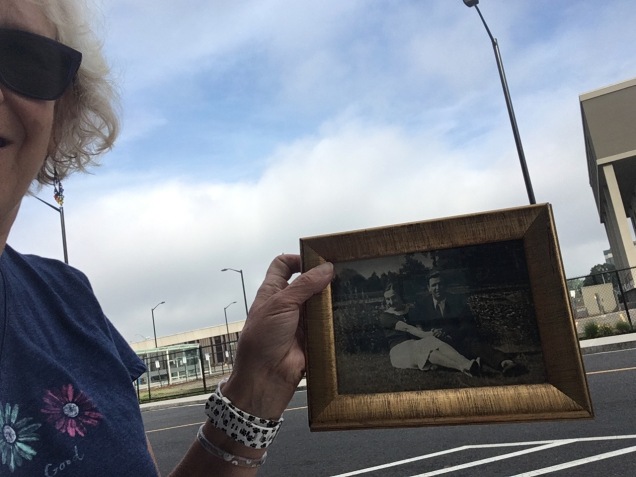 I parked the car in an empty lot at and went to the front of the station.  The mileage was 75.5 and I parked at 8:27 a.m.  The area felt a little dicey to me, so I went really quickly to take a quick peek around, do my pictures, and take a video. 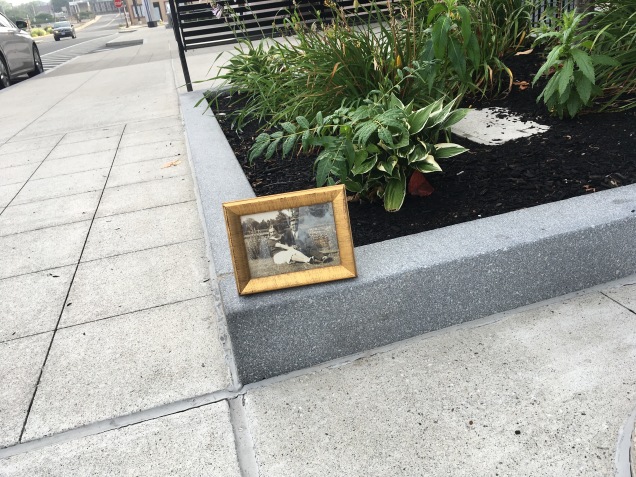 This was probably the shortest of trips as I got back into Sage at 8:36 a.m. and headed a quick 0.3 miles to the Mocha Emporium at 1623 Main Street.  This was a really cute little shop on a pretty deserted Main Street.  I ordered a Black Currant Ice Tea, which was refreshing and sat and did some trip notes, before leaving Springfield at 8:56 a.m. for my next destination.  To date, this was probably my most disappointing stop since I knew nothing about the hotel and its history.  But, I was at least able to at least pinpoint somewhat where it was located.  I was hoping this would be the down point for the rest of the day’s journey.

While my Grandfather was in Springfield, he received an interesting business proposition that you can read about below.  This letter also provided a glimpse into some of what he did during a day.

Tina Dear: – I have just got back from the Clinton Hotel, where the boys are staying.  We have been singing and talking, kidding Leo Gatreau alive and what not. Leo thinks he is quite a musician, so we kid him along and I believe he thinks that we are serious about it when we tell him that he is good, but actually is terrible.  This morning, I got my car out of the Ford shop and it is running along like a lilly, so I have no kick coming my way. I have worked Holyoke today and was through with my work quite early, so I went along with Bill Madden and helped him with his sales.  I sold six cartons of ciggarettes, four dozen luxury and three and a half dozens Edgeworth. About four p.m. we met a fellow that represents the American Tissue Mills and he invited me down to the mills to see the crepe manufactured. It is quite interesting the way they make it, he also showed the way they stretch paper by machine.

He asked me whether I had trimmed the Edgeworth windows in town and I said that I was the one, well what do you know, he offered me a job with his concern and all I had to do was travel all over the country  advertising their crepe, by putting in displays. The salary was to be thirty five for a start with a good drawing account, of course you know what that meant, being away from you for a period of six months or so and of course that is out of the question, so far as I am concerned for being away from you for that length of tie, why I would not even give it a second thought, of course if I had never met you, it would be different.

To top things off, I could get you a position with them also, drawing designs for their advertising crepe and tissues, but I thought that if you were in Springfield and I am in Boston, how would that feel, so I thought that it would not be the best thing for the both of us, being separated for that length of time.  You would probably be in Springfield for a few months before you got back for a weekend and then I sure would be lonesome.

You must thing that I am selfish, but Tina dear, would you want to stay away for that length of time.  I know that I would not for any amount of money.

There is no kidding about your position, or mine either.  I could hop right to work for them tomorrow, but nothing doing.  I am content to stay with Larus, for in the long run, I’ll probably be ahead that much more.  I am always thinking of you dear, With love, Joe