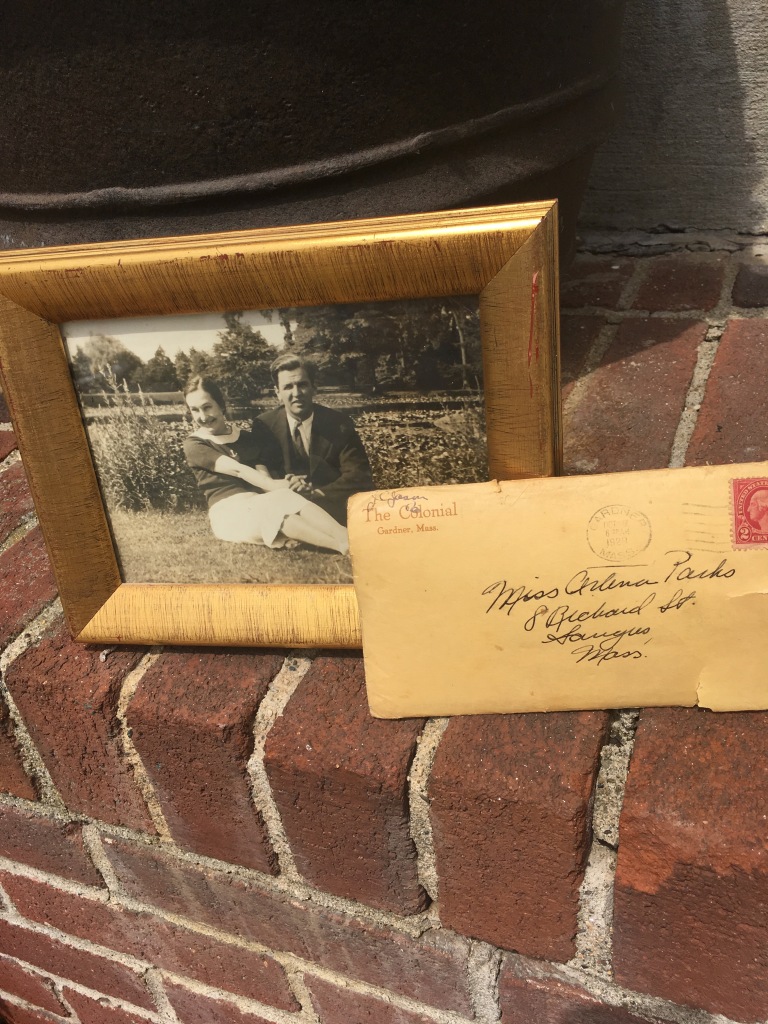 Tuesday evening, Tina Dear: – Here I am stopping in a place where I had no idea of doing so.  Ed Hoffman told us to clean up around here and tomorrow to go to Fitchburg for the rest of the time left.  I could not feel any worse if I had been alone in some dense woods all day long. What is the use, I’ll have to wait for Friday and then, you can cheer me, and I’ll try to cheer you dear.  Always thinking of you sweetheart, Loads of love, Joe

We left Fitchburg at 12:29 p.m., and headed west on Route 2A, which is part of Tour 2B.  After a short trip through Westminster, we arrived in Gardner at 12:58 p.m. and parked at a meter across from an imposing brick building.  This building was actually the building that housed the Colonial Hotel!   How did I come to find this location?  Was it as easy as it seemed?

Luckily, I found my answer pretty quickly in the February 9, 2019 edition of the Gardner News.  There seemed to be a series of special articles, done on headlines of the past in Gardner history.  This headline read: February 6, 1924: Colonial Hotel opens its doors in downtown Gardner. The Colonial Hotel formally opened its doors to guests on February 7, 1924.  Back then, Gardner was a bustling furniture manufacturing city and if you wanted to hang out in the “hippest” place in town, you would want to stay at the Colonial (you did have four other choices on where to stay in Gardner).  In addition to business travelers, Gardner was ideally situated in the middle between Boston and North Adams on the Mohawk Trail (aka Route 2). This is a distance of 131 miles, which would take us a little under three hours to do.  But, back when cars did not travel as fast, Gardner would be a great stopping place for the night.

The Colonial was actually a “chain” hotel.  The Gardner Chamber of Commerce lobbied to bring one of 20 Colonial hotels nationwide to Gardner.  It was sited in the center of the town, on a new road called CIty Hall Avenue. Eventually CIty Hall, the Police Station, the Courthouse, and the Post Office would all be located right near the hotel.  For the opening night of the hotel, there was an extravagant evening of dinner and dancing.

This was a very modern hotel.  It was fully fireproof, 60 guest rooms had private baths and toilets and the other 40 guest rooms had private toilets.  There was a beautiful lobby, a large lounge and dining room, and a colonial fireplace on the first floor. Also on the first floor was a beauty shop, a barber shop, a coffee shop, and a small shop.  The guest rooms were found on the next four floors. After Prohibition ended, The Can Can Room, one of Gardner’s most popular taverns, opened in the basement of the Colonial Hotel.

The hotel hosted both Senator John F. Kennedy and Robert Frost for lunch.  It’s other claim to fame was when “The Human Fly”, George Polley climbed the five stories of the outer wall.

During 50 years of operation, the hotel underwent many management changes.  In 1974, Gardner’s hotel business was declining. The hotel closed and was turned into housing for the elderly.  The Colonial Hotel building does still stand and today is known as the Colonial Apartments. 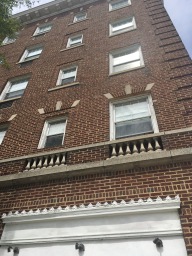 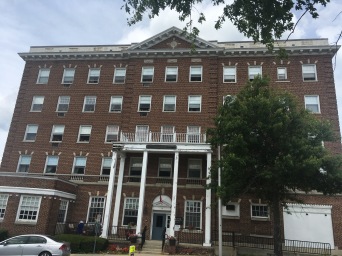 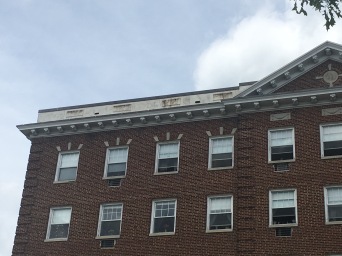 On the side of the building, a barbershop and small restaurant still existed, much like it did when it opened.

It was really exciting to see the building as it existed back when my Grandfather visited in 1929.  There were several residents sitting out on the front porch, enjoying an iced coffee and we shared with them what we were doing.  As I have found throughout this journey, everyone that I tell what I am doing finds it really amusing.  These two residents were no exception.  As we took some video and more pictures, I started to wonder if we could perhaps get inside to see if the beautiful lobby still existed.  I always say if you ask someone, what is the worst thing they will say – “no”, so I went back and asked if perhaps we could get inside.  One of the women, Jean, happily agreed to take us in.  She said that there were several pictures of the hotel hanging in the lobby.  With that, we followed her through the set of double doors and into the lobby of the building.  She pointed out the two pictures and how the roof line had changed.

There were other residents hanging out in the lobby and she told them what we were doing.  The lobby was not as open as I would had thought it was back in the day, but it still had remnants of beautiful moldings, marble steps and large doors as it probably did back then, 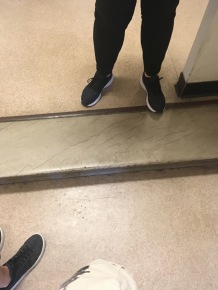 On our way out, we met another resident whose uncle had played at the Can Can Room as a member of the Overtones.  This resident shared stories about being there and hearing his uncle play in the actual room.  He talked about his childhood, which seemed like it fluctuated between New Brunswick and Gardner.  He was also so excited to share his stories.

We said goodbye and walked back out to take several more looks at the building before walking to find someplace to eat.  Gardner was full of older buildings, including a J.C. Penney building, many older banks, and some vacant storefronts.  We found the Gardner Ale House and elected to sit on the back deck, which was filled with customers.  This looks like another fun place, that has live music at night, Sunday Brunch and a great menu.  If you are out in this area, I would highly recommend this restaurant.

On the way home, we took Route 140 south.  There was a detour that had us end up on Mountain Road in Princeton, which provided us with incredible vistas!  From there, we were on parts of Route 12 & Route 62 through Sterling, some backroads where we ended up on Route 110, and then onto Route 117.  It was a little bit longer of a ride as we left Gardner at 3:08 p.m. and arrived back in Maynard at 4:27 p.m.  It was a roundtrip of 83 miles for the day.

As I later reflected on the day,  I was so thrilled for many different reasons.  First, the entire building still existed, which was a first for my journeys.  But I think the most important reason, was the ability to learn about a human connection to the building.  To meet people who lived there and who were excited to tell their stories really made this one special trip.  This is the intent of this blog – Waiting for Stories to be told, and today, not only my Grandfather’s story was told, but stories of connections to this hotel made it one fabulous trip.